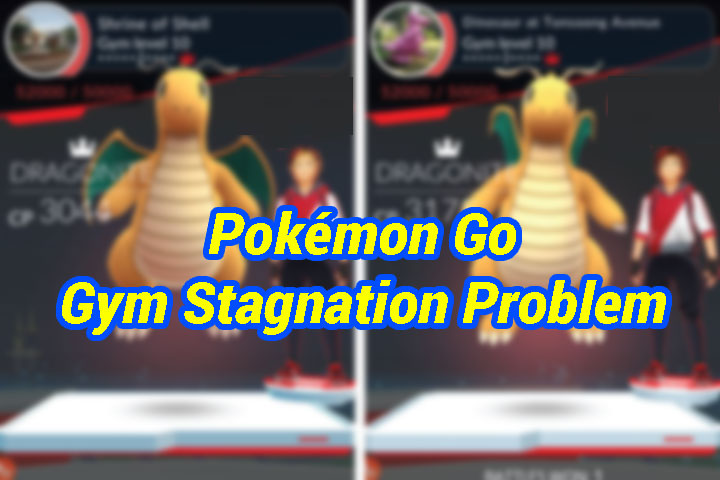 Gym battle is where trainers can feel the multiplayer gameplay in Pokémon Go. But as of late, the gyms are getting pretty stagnant, the areas are divided, and you will see level 10 gyms for a specific team in certain areas.

This is predictable, as more hardcore players continue playing while the casual players slowly drift away. The new training system which made it easier to train friendly gyms does indeed speed up the process. Since the last update where trainers can bring six Pokémon instead of one to train a friendly gym, and defending Pokémon will be adjusted to a lower level for lower level attackers, level 10 gyms began to mushroom. 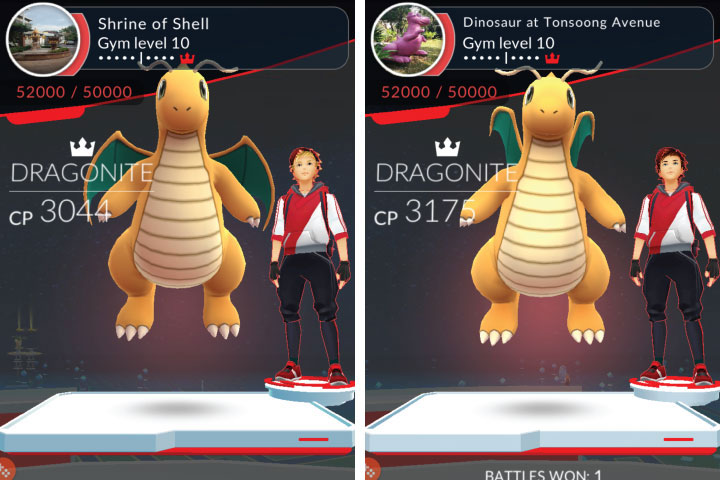 There are not many variety of Pokémon in gyms nowadays. Usually only CP matters as every trainer is trying to place their defender at a higher spot. This results in teams holding gyms for excessively long duration. Casual players and those in the minority team will just walk away from these stonghold rather than spending large amount of resources and time to take them down.

Just look at the gym near my office. It used to be switching colors pretty frequently throughout the day, hardly every pass level 5. What does it look like now? Three Exeggutors, one Lapras, two Snorlaxes, and four Dragonites, all above 2400 CP. There are more level 10 gyms around, standing like forever, intimidating whoever walks past them.

Some may argue that it takes 10 trainers to build a level 10 gym. So why should it be easy to be taken down by a solo trainer? They deserve to hold on to it since they put in the effort. But a game without much competition is not healthy in the long run. There should be some changes to balance things.

How To Solve Gym Stagnation In Pokémon Go?

We have came up with some ideas of how things could be changed around.

1. Use Level/IV instead of CP

Using CP to rank gym defenders is all wrong. CP does not truly measure the strength of a Pokémon, and since attack stats weighs double in CP calculation, any Pokémon with a high attack rating will naturally have higher CP. That is why we are consistently seeing Dragonites at the top of the gym.

Just a simple switch to using the Pokémon level and maybe further ranked by IV, we will see much more variety in the defender list. I would like to place my Wigglytuff up at the gym for defending. But i can’t do that now, knowing pretty well that it will be placed right at the bottom of the gym. With the current system, forget about a Pokémon’s defending capabilities. Only CP matters.

2. No Duplicates in a Gym

Is it tiring to see the same Pokémon in every gym? The gym defender list won’t run away from Dragonite, Snorlax, Lapras, Arcanine, Exeggutor, and Vaporeon because these Pokémon typically have higher CP. Dragonite and Snorlax tops the chart as their CP is in the rank of legendary Pokémon, reaching over 3000 CP at maximum level.

If a limit is to be imposed so that each Pokémon cannot appear more than once in any gym, there will be more diversity, and we won’t be seeing gyms where 50% of the spots are occupied by Dragonites.

These are some of the ideas that we came up with to deal with the current gym stagnation problem. Any ideas that you would like to add? Do let us know.