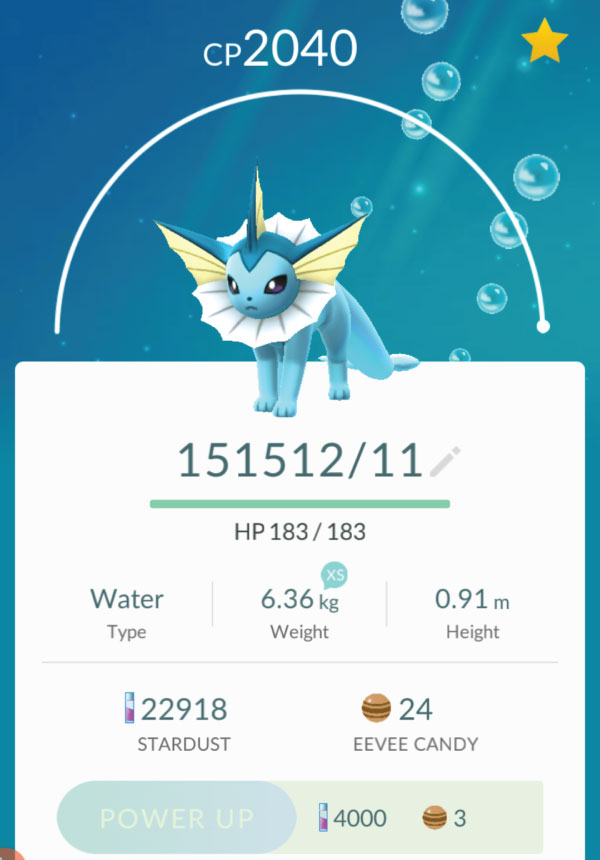 Evolve and Power Up will make your Pokémon stronger. But the decision on which Pokémon to power up and when to evolve is surprisingly a complicated decision to make. Let us help you with the process so that you will get the most out of your Pokémon’s battling capabilities.

Some Pokémon could be evolved to a higher form and an evolve button will be visible at those Pokémon page. Evolving Pokémon requires candy of the specific species so there are Pikachu Candy, Rattata Candy, and so on. The number of candies required varies between 12, 25, 50, 100, and 400 depending on the rarity of the Pokémon.

Evolve is the fastest way to make your Pokémon stronger but the most important is to know when to evolve which Pokémon. When evolving, few things will happen:

When to Evolve a Pokémon

If you want a strong Pokémon

If you want to level up your trainer quickly

When Not to Evolve a Pokémon

Power Up is basically raising your Pokémon’s level, training it for maximum potential. The white semi-circle bar above your Pokémon indicates where it’s at till maximum level. Every time you power up your Pokémon, you will push its level higher, increasing its CP by spending candy and stardust. Every 4 power up requires more stardust and eventually more candy. The base damage power will not increase as you power up, but its damage will increase based on damage modifiers.

So when should you Power Up your Pokémon?

When to Power Up a Pokémon

When Not to Power Up a Pokémon

Evolve and Power Up FAQ

Is it better to Power Up or Evolve your Pokémon first?

Evolving a Pokémon will have its move set randomized again. It could turn out to be stronger or weaker for that species. So I would not recommend to power up a Pokémon until you have a fully evolved Pokémon with a move set that you like. Also make sure that it has a strong IV which will directly affect the Pokémon’s battling capabilities.