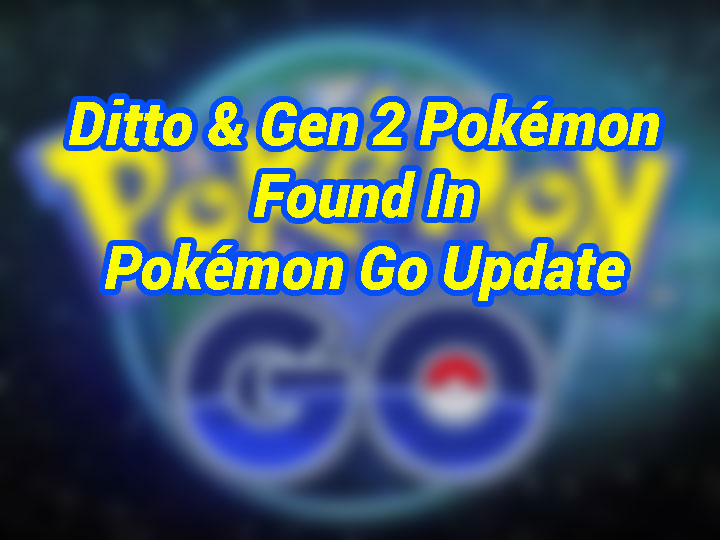 Ditto is an ever elusive Pokémon with rumors circulating about it since the release of Pokémon Go. With the recent Pokémon Go update, we have news on both DItto and Generation 2 Pokémon.

With the release of Pokémon Go 0.45.0 for Android and 1.15.0 for iOS, some secrets was uncovered in the APK. According to The SIlph Road, the APK revealed some new features which are about to be released.

1. Transform added to the game

There is a new quick move, Transform which was added to the source code and now appears on both the GAME_MASTER file with its own animation sequence and the APK code as well. This is the only new move added since the launch of Pokémon Go.

100 new Pokémon are found in the APK which runs from Pokédex #152 (Chikorita) to #251 (Celebi). It won’t be available in game just yet as there are no moveset data for the 100 new species, so another update will be required for them to appear in the game. Still, it is good to know that Gen 2 Pokémon are coming.

Pokémon families will determine the candy required to evolve or power up a Pokémon. There are a total of 52 families added ranging from Chikorita to Celebi, including Ho-Oh and Lugia.

There are more codings added to prevent gym sniping with an ‘ending millisecond’ timer. Trainers who are locked out will receive a new error message.

There are daily quest codes which will include daily and weekly bonuses with a multiplier. This will give a reason for trainers to login and hopefully continue playing.

Ditto is already in the game. However, the GAME_MASTER file does not include the newly added move, Transform in Ditto’s moveset. Currently, Ditto’s only move is Struggle. So Ditto may never be able to transform and Transform might be a one time occurrence when DItto enters combat.